Purpose of the Award:
The Australian Association of von Humboldt Fellows (AAvHF) is the official organisation of returned Alexander von Humboldt Fellows in Australia. The Peter Schwerdtfeger Award recognises the academic or professional achievement of AAvHF members in the early career stage of their career.

Further information can be downloaded here. 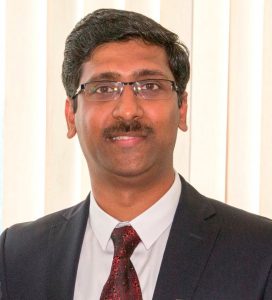 Dr Ravichandar Babarao received his PhD in 2010 from the National University of Singapore. He then held postdoctoral positions at the Oak Ridge National Laboratory, USA and CSIRO Manufacturing, Melbourne, the latter funded by a SIEF Postdoctoral Fellowship. In recognition of his outstanding contributions to energy and environmental sustainability research, he was awarded the Best PhD Thesis Award by the World Future Foundation, Singapore in 2010 and the 2015 Prosper.net Scopus Young Scientist Award in the Energy category among the Asia–Pacific region. As the winner of the Scopus Young Scientist Award, he was offered an Alexander von Humboldt Foundation Fellowship to conduct collaborative research in Germany at Leipzig and Dresden Universities (2016 – 2019). He was awarded an ARC Discovery Early Career Researcher Award (DECRA) 2016 for the project “Designing next generation smart materials for detecting toxic gases”. For his excellence in research in Chemical Science, he was awarded the 2016 RACI Rennie Memorial Medal and a Victoria Fellowship in Physical Science from the Victorian government. Senior Lecturer Babarao had published his research outcomes in more than 60 peer-reviewed publications that have been cited 3,800 times, with an h-index of 33.

Outside of his academic achievements, he continues to work closely with the Applied Porous Materials team at CSIRO on commercialisation of the MOF technology. Recent progress includes the set up a pilot plant for continuous flow production of MOFs to enable their large scale testing in industry, and the MOF platform work has led to a spin-in company at CSIRO, MOFWorx (https://www.mofworx.com/). His work has been used to circumvent much time-consuming experimental trial and error in developing MOFs for commercial application. His research has led to the selection of robust MOFs for capturing CO2 from a point source and for sensing and capturing toxic gases. Both of these projects are at the large-scale production stage. 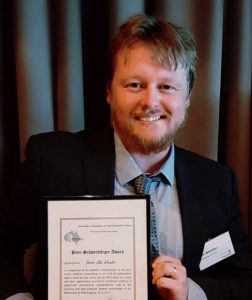 Dr Glen Wheeler graduated with a PhD from the University of Wollongong for a thesis entitled “Fourth Order Geometric Evolution Equations” in 2010. He was awarded a Deutsche Akademischer Austausch Dienst (DAAD) Research Fellowship for Young Scientists in 2008 for a project entitled “The Surface Diffusion Flow” and an Alexander von Humboldt Fellowship in 2010 for a project entitled “Higher Order Curvature Flow of Curves and Hypersurfaces” at the Otto-von-Guericke-University Magdeburg. He has also been a Visiting Fellow at the Max Planck Institute Golm, the Free University Berlin, ETH Zurich, Stanford University, MSC Tsinghua University in Beijing and the Korean Institute for Advanced Study, Seoul. He returned to a position of Research Associate at the University of Wollongong in 2012 and was promoted to Lecturer in 2015.

Dr Wheeler is an outstanding young Australian mathematician specializing in the area of nonlinear partial differential equations. Most of his research has been concerned with the motion of surfaces through their curvatures (called curvature flow), which has been one of the cutting edge areas of contemporary mathematics for many years, following crucial pioneering work done in Australia in the 1980s. As well as its intrinsic mathematical development, research in this topic has led to substantial technological advances including in semiconductor design, image processing and relativity theory. In a short time Dr Wheeler has achieved a formidable international reputation, mostly derived from his solution of problems arising from surface diffusion flows, and he is frequently a target of overseas invitations, particularly from Japan which is one of the main centres of research in this area. His Humboldt Fellowship was a key factor in his mathematical development as it connected him with some of those early pioneers such as Gerhardt Huisken and Klaus Ecker, who were both key players in the original Australian research in the 1980s.

On top of his research achievements, Glen Wheeler has, in a short time, demonstrated an impressive record of professional service including PhD supervision, currently supervising five PhD students, and conference organisation. His outputs to date include 20 peer-reviewed journal articles, including seven as sole author, five peer-reviewed conference papers and one sole-author book chapter. Since completing his doctorate in physics from the University of Melbourne in 2006, Associate Professor Jared Cole has undertaken research as an Alexander von Humboldt Fellow and Faculty Postdoctoral Researcher at the Karlsruhe Institute of Technology and has already established himself at RMIT University as a leader in the new field of quantum engineering – he is a key researcher in the RMIT Centre for Molecular and Nanoscale Research and leader of the University’s Theoretical Chemical and Quantum Physics group. In 2011 the University awarded him a prestigious 4-year Vice-Chancellor’s Senior Fellowship and in 2012 a RMIT Foundation Bilateral Travel Fellowship. Associate Professor Cole’s record of 64 peer-reviewed publications, all in high quality journals, is an outstanding record for this stage in his career; his h-index of 22 and citation rates are rapidly climbing. He has also gained two research patents, one in each of the United States of America and Australia, seed funding from the University for his research, and an ARC Discovery Project grant (2014-2016) valued at $359,000.

In addition to his distinguished research record, Associate Professor Cole also has demonstrated a strong commitment to teaching across a wide range of topics in physics. Although his fellowship did not require him to teach, he has volunteered to do so and is an inspiring teacher who receives very good student feedback. He has successfully recruited and supervised postgraduate students, whom he inspires to strive for excellence. 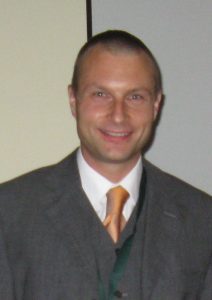 Following the completion of his doctorate in Language Theory and Applied Linguistics at the Ludwig-Maximilians-Universität, Munich in 2007, Dr Robert Mailhammer spent two periods in Australia as a Feodor Lynen Fellow, firstly at The University of Melbourne and then at the Australian National University. These periods of postdoctoral research were interspersed with roles as Lecturer/Assistant Professor in Munich, Eichstätt-Ingoldstatt and Phoenix, prior to commencing his current position as Lecturer in Linguistics at the University of Western Sydney (UWS) in 2012.

Dr Mailhammer’s research in linguistics encompasses both the history of Germanic languages and Indigenous languages. As a dedicated and highly productive Indo-Europeanist and field-working Australianist who is employing new techniques, he is making original and rigorous contributions to applied linguistics and bridging the very different traditions of linguistics as practised in Germany and Australia.

Despite substantial lecturing commitments, Dr Mailhammer has already published over 30 publications in terms of books, edited books, book chapters and refereed papers, and won competitive grants, including from the Australian Research Council (ARC), Deutsche Forschungsgemeinschaft and Deutscher Akademischer Austauschdienst. He has supervised two doctoral students and two honours students to successful completion and is now attracting students to UWS. He contributes actively to the profession through participation in five linguistic societies, and contributions as referee for several journals, book review editor, advisory editorial board member, ARC assessor and organiser of conferences and workshops. His contributions to linguistics are having a significant impact and, over the past ten years, Dr Mailhammer has delivered 76 presentations to conferences and/or as invited lectures. 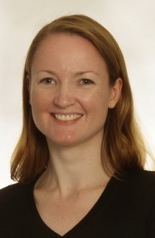 Dr Kathy Andrews is the 2011 winner of the Peter Schwerdtfeger Award, which is named in honour of the inaugural President of the Australian Association of von Humboldt Fellows (AAvHF). Dr Andrews obtained her PhD in Microbiology in 1998 and has since developed recognised expertise in the area of malaria biology and drug discovery. After carrying out postdoctoral research on malaria at the Queensland Institute of Medical Research (QIMR; 1998-1999), she was awarded an Alexander von Humboldt Fellowship to work at the University of Heidelberg in Germany (1999-2001). She was then promoted to Research Associate (2001-2003) and established an independent research group with funding from the German Research Council (Deutsche Forschungsgemeinschaft).

Dr Andrews returned to the QIMR in 2003 where she continued her independent research on malaria drug discovery. In 2009 she was recruited to the Griffith University Eskitis Institute for Cell and Molecular Therapies. She is currently an Australian Research Council (ARC) Future Fellow (2009-2013) and leads the Tropical Parasitology Laboratory at both the Eskitis Institute and QIMR, where she was appointed as laboratory head in 2010. In recognition of her work on the antimalarial properties of HIV and cancer drugs, Dr Andrews was awarded the Queensland Premiers Award for Medical Research in 2008. She has served as the Griffith Medical Research College Executive Officer (2006-2009), a Director of the Australian Society for Medical Research (ASAM) (2009-2010), and an AAvHF committee member. She is currently the Treasurer of the Australian Society for Parasitology, a member of the Queensland Tropical Health Alliance Research Committee, a Queensland ASMR Committee member, and a member of the Eskitis Institute Mentoring Committee. Dr Andrews has published over 50 papers and received funding from the ARC, Medicines for Malaria Venture, and Gates Foundation.